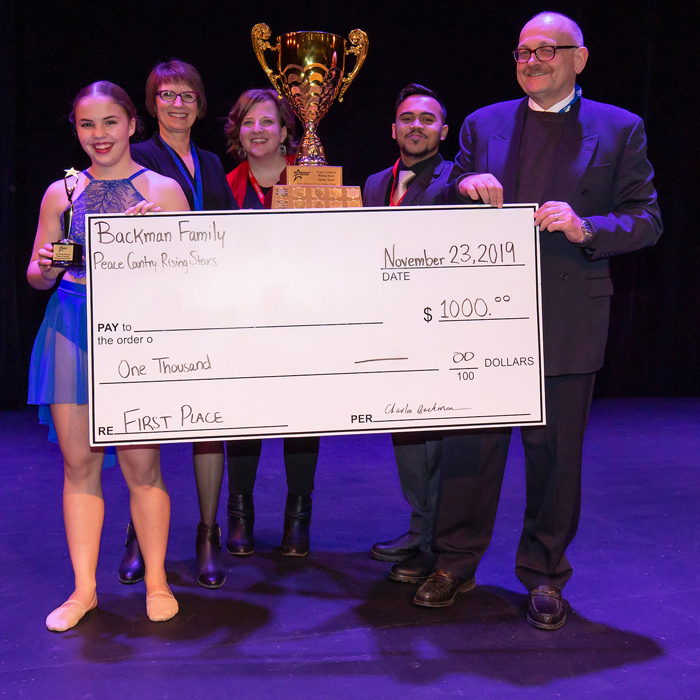 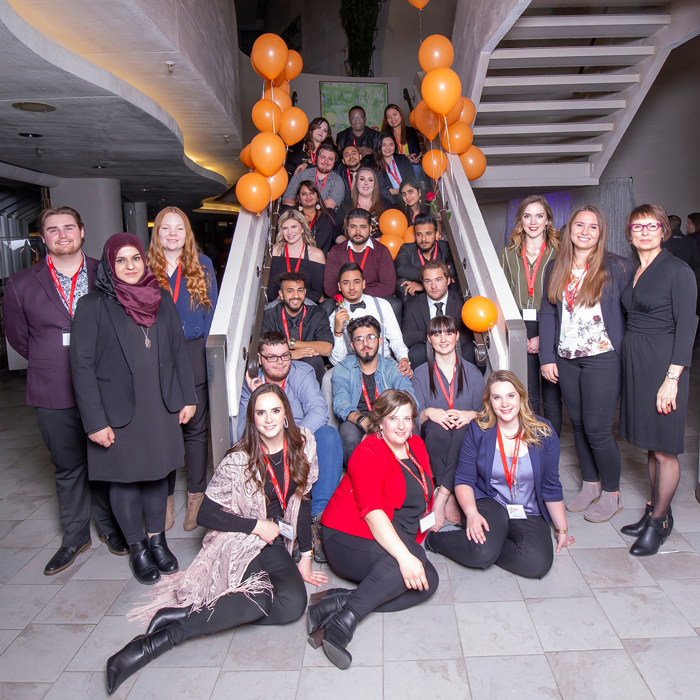 The Marketing Project Management Class of 2019

The Peace Country Rising Stars talent show is done for another year after a successful grand finale on Saturday, November 23. The competition is organized by NWP students enrolled in the Business Administration program. The initiative teaches students how to manage and plan events as a team, and how to rely on your colleagues to execute a successful event.

This year, they saw acts including singers - some performing original songs; theatre acts; and dancers, including the show’s first dance group.

The below is a wrap-up piece submitted Elizabeth Booth, a member of the Project Management Class.

A member of the Reber family, who were entertained by the variety of talent that came on stage, had this to say: “I very much enjoyed the show; it was a great time. The class did an excellent job!” – Rick Reber.

For the first time on the stage, Peace Country Rising Stars had a dance group perform: GP Little Champs. They represented their culture by giving the audience an energetic and upbeat performance. One of the judges, upon asking about their outfits, was told the colours meant happiness. GP Little Champs stayed true to their performance and brought the audience happiness as they brought joy and left the audience and judges wanting to dance with them. An attendee said, “It was such a treat to see the talent show expand and have additional cultures take the stage.”

The Project Management Class, which produced Peace Country Rising Stars, has been running for 15 years and has continued to be a huge success for the students who run the event, making this event more than just a Talent Show to the students, but also a way to showcase their own talent in the business world. It gives them hands on experience that allows them to expand their knowledge while building connections and developing necessary skills, including collaboration, time management, team work, communication, and delegation.

The chair of Business and Office Administration, Dr. Charles Backman, was also very impressed with the show: “The students have really outdone themselves this year.” With hard work and dedication, each year is different than the last as the students move on, leaving a foundation for the next class to build on. Catherine Dyer and John Wanotch, class members and organizers of the 2018 Peace Country Rising Stars, were thrilled to see the progress the class of 2019 accomplished Saturday night.

One of the best parts about this project, and an excellent reason to get a ticket and attend, are the donations. Peace Country Rising Stars is a Non-Profit Student run project that donates their proceeds back to NWP and an association of their choice. This year they have decided to give Bandaged Paws Animal Rescue Association and NWP Room of Plenty (Food Bank for NWP students) a portion of the proceeds to help animals and students in need. Stay tuned for Peace Country Rising Stars 2020 event to support the student project and the talent of the Peace Region, making this more than just a talent show, but a way to support each other as a community.