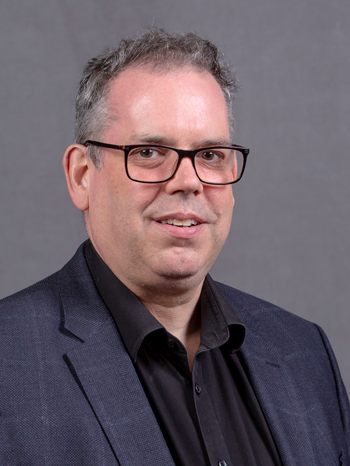 Andrew is an historical geographer with a research interest in cultural ecology and the evolution of landscapes within different environmental contexts. A former aircraft mechanic (CF QL5), he holds a BA (Hons) in physical geography from the University of Manitoba, and an MSc in geography, and a PhD in spatial history, both from the University of Saskatchewan. Andrew’s recent research focuses on the historical role of public institutions in testing and disseminating farm-level agricultural land use innovations in western Canada and the United States. His research findings and career experience have convinced Andrew that great innovative ideas can come from anyone, and that GPRC can play an important and useful role in bringing them to life.

Teaching and learning is the other half of Andrew’s academic world. From 2000 to 2007, Andrew was appointed Lecturer in Geography at the University of Manitoba, teaching a variety of courses in physical, human, and regional geography, but specializing in natural hazards and the geography of western Canada. He later served as Program Director of the University of Saskatchewan’s University Learning Centre, overseeing university-wide academic support and enrichment programs, with a particular interest in career mentorship and community engaged experiential learning. In 2016, Andrew came to GPRC from the University of Saskatchewan where he had served under the Vice-President Research as the University’s first Director of Community Engagement and Outreach.

‘Place’ is at the centre of Andrew’s approach to pretty much all things in life. Andrew is originally from the edge of the Canadian Shield country of eastern Manitoba (2-13-10-E1), but spent many years in central Saskatchewan. Although he still occasionally misses the aroma of half-burned Jet-B on a cold winter morning, he very much apprecates the opportunity to work with fantastic innovators, teachers, and learners throughout the Peace and West Yellowhead regions. Any time away from the College is usually spent exploring the grids, resource roads, and city back lanes of the Peace Country, Alberta, Canada, and beyond.