END_OF_DOCUMENT_TOKEN_TO_BE_REPLACED

View Photos of the Event Watch the Event

The annual Festival of Gold celebration took place April 2 in Northwestern Polytechnic’s gymnasium as athletes, coaches and family members gathered to celebrate academic and athletic accomplishments from the 2021-2022 season.

The Male and Female Athlete of the Year Awards recognize outstanding performances by second year and above players. The winners are:

Male Athlete of the Year

This season, Manny vaulted himself into third all-time in the ACAC for blocks with 85,” said Head Coach, Evan Lloyd. “He helped the Wolves set the single game record for team blocks in a game with 11. He was instrumental in the home playoff game win, where he had 20 points and 20 rebounds. He also had 3 straight dunks in the final minutes of the fourth quarter. Manny is a fantastic representative of the Wolves program, always has a smile on his face or can get others to smile.

Female Athlete of the Year

Lana is our teams’ go-to player,” said Head Coach, Lauren Hale-Miller. “She led the ACAC in kills and kill per set, registered 245 kills and 4.5 kills per set. She is seen as a strong offensive threat to our opponents. Lana works hard on and off the court. She is committed to improving her physical fitness in order to play a high level of volleyball.

The Male and Female Rookie of the Year Awards recognize outstanding performances by first year players. The winners are:

Male Rookie of the Year

Chris was instrumental in games that we needed to win to get into playoffs,” said Head Coach, Evan Lloyd. “He developed into the teams best thee-point shooter, and was one of the focal points of the opposing teams defense. Chris had an outstanding first year in the ACAC as a wolf, and his hard work and dedication will allow him to only get better and better.

Female Rookie of the Year

Raylene come to our program as a dual sport high school athlete, playing both volleyball and basketball at a high level,” said Head Coach, Bill Bradley. “Her athletic ability, paired with her basketball skill, make her a absolute gem to have in our program. I look forward to continuing working alongside Raylene to help develop her into the player she wants be.

Tom is a great leader, executing on the court as well as assisting within the community and helping to teach younger players,” said Head Coach, Sam Tu’ivai. “He shares his knowledge of the game well and his success is shown through his consistency and work ethic in both practice and games. We could not be prouder of Tom’s selection as an CCAA Academic All-Canadian athlete for 2021/22. 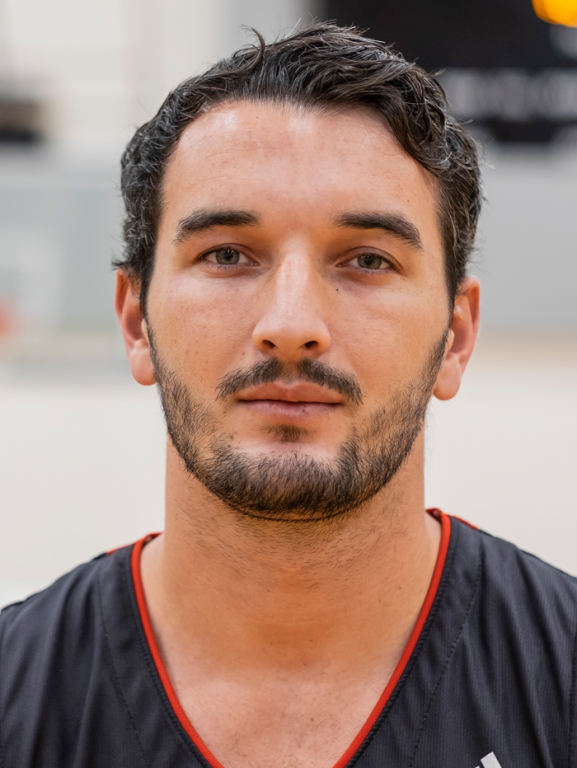 Coaches voted Liam as a top 5 athlete in the ACAC North, winning him a 1st team All-Conference Award. Liam produced some impressive stats, was 2nd in the north in scoring at 23.8 ppg, 1st in the north in rebounding at 10 rpg, and led the whole ACAC in free throws made. He led the Wolves in most major stat categories and had a 48 point, 18 rebound game, which led the ACAC in points in a game this season. Liam finished the first semester with a 3.59 GPA, putting him in men's basketball gold standing in our academic excellence program.

Liam's tireless work ethic in the weight room, on the court, and during practice has made him an outstanding ACAC player and an exceptional promoter of the Wolves Athletics' student-athlete image. 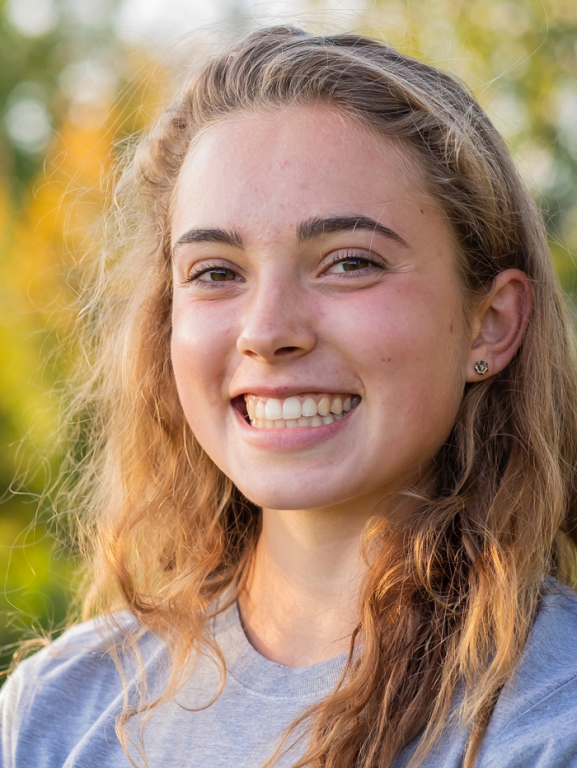 Anna had an exceptional season. Some of her highlights include placing 7th overall at the CCAA Cross Country Running National Championships, earning her CCAA All Canadian recognition. She rounded out the grand-prix season with two 3rd-place finishes and a 6th-place finish. Her 4th-place finish at the ACAC Cross Country Running Championships secured her nomination to the All-Conference Team and a bronze medal for her teammates. Anna was also recognized for her athletic excellence by receiving a nomination for the ASDC NW Female Athlete of the Year.

Academically, Anna also excelled this year. She is a dedicated Nursing student and an Academic All-Canadian award recipient, the CCAA’s most prestigious student-athlete honour. 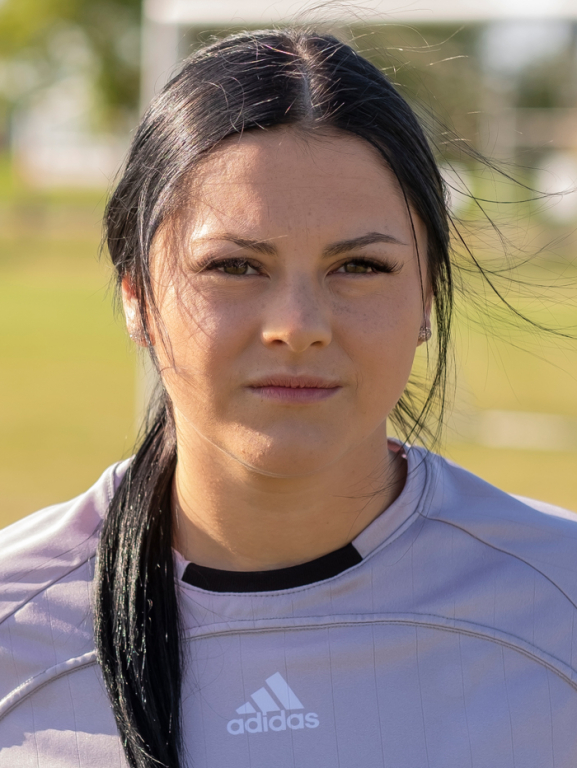 Mariah started the 2019-20 campaign with two goals in her debut game, resulting in a 2 – 0 win over the Keyano Huskies. After her winning performance, Mariah was awarded player of the game and Athlete of the Week. She closed out the season with a further two goals and two assists.

However, as impressive as her stats are, they don't tell the whole story. Mariah was ever-present throughout the season, playing through injury and painkillers for the good of the team. Her abrasive style, phenomenal work rate, passing accuracy and vision were a joy to watch all season. Despite living out of town, Mariah was the first to practice during the preseason; even the 6.30 am ones. She was always early to team meetings and always gave a 100%. Mariah is an effective leader and quietly leads with her actions on and off the field. She provides an excellent example to her teammates, and when she speaks in the Locker Room, everyone listens. 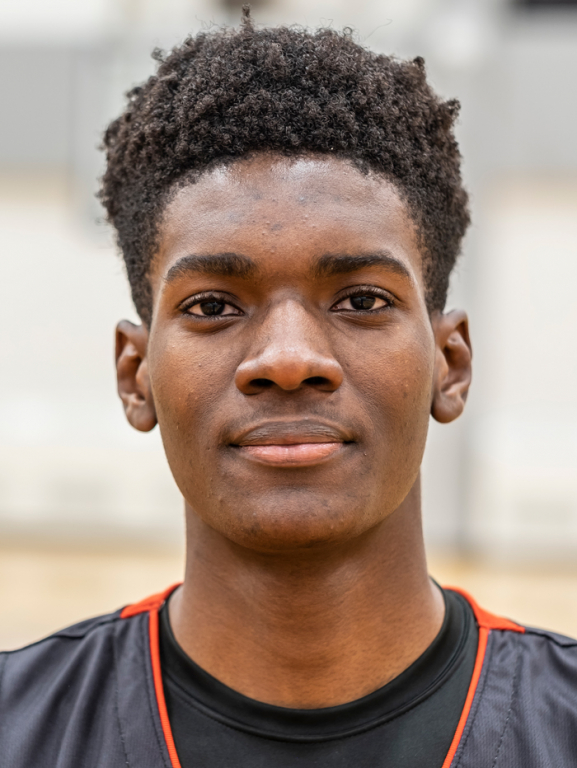 Manny won ACAC rookie of the year in the North division while averaging 12.6 points per game, 9 rebounds per game and leading the entire ACAC in blocks per game. He has won multiple player of the game awards, and has excelled in his first year as a college athlete. Manny’s personality has made him a great team player and always can make a teammate or coach smile and laugh.

For more information about the Festival of Gold event, please contact: