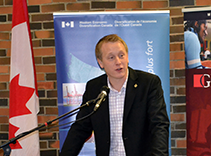 Member of Parliament Chris Warkentin graduated from the Business Administration program at GPRC in 2000, and began his career as a building contractor and construction executive. Within a few short years, his political career was also launched. Chris had already been active in politics for several years, having been elected to the board of the loca... Read Article » 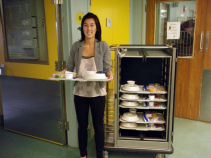 Ten years ago Sabrina Lindquist began her Bachelor of Science studies at GPRC, and completed her BSc (Nutrition and Food Science) at the University of Alberta. Her career since graduation has progressed rapidly, beginning as a Clinical Dietician and moving into a management role in the QEII hospital in Grande Prairie. Earlier this year, Sabrina was... Read Article » 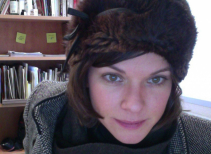 Elisabeth Belliveau is an interdisciplinary artist and published author of three graphic novels. Her work has been screened and exhibited internationally including venues in Cuba, Berlin, London, The Czech Republic, Sweden and across North America. She has attended residencies including Banff Centre, Women’s Studio Workshop NY and the Nationa... Read Article » 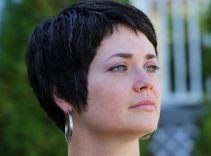 Laura St. Pierre is a multi-disciplinary artist and educator. Her installations, sculptures, public works and photography have been exhibited throughout Canada, garnering critical attention in national and international publications. St.Pierre earned undergraduate degrees at the University of British Columbia and the University of Alberta, and comp... Read Article »